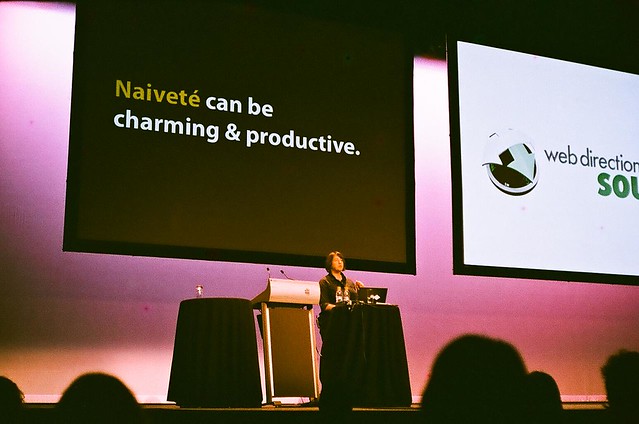 George has enjoyed sharing her work and ideas in places like Berkeley, Venice, Munich, London, Sydney, Wellington, Austin, New York City, Taipei and Washington DC. She gave the keynote at Smithsonian 2.0, opened OCLC's FutureCast conference, opened the NZ National Digital Forum (and closing it eight years later in 2015), and wishes she'd been much more vigorous with record keeping of every single appearance.

You can see past presentations on Slideshare.

Please get in touch if you're interested to have George come and speak at your conference. She likes being on panels too.